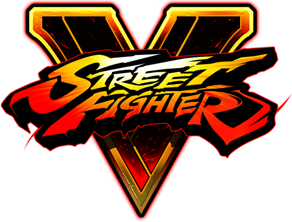 We have been waiting for this one! Street Fighter V was recently released and is proving to be one of the best versions yet. It’s only going to be available for the PS4 and PC. This version is a partnership between Sony and Capcom, the creators of the Street Fighter brand.

Street Fighter V is a fun filled game which intends to deliver its enriched enjoyment and rewarding intelligence it contains to its players as soon as possible, regardless of the level they opt to play. In order to know more about this online game you will have to read Street Fighter V review given below.

This fighting game has something for the players of all levels. The high level hardcore players will experience enormous amount of nuance, flexibility and depth for a long time in this instant and bold system. Even the less experienced players will find a very exciting and long road of learning, growth, discovery and improvement in this game. The near-to-perfect clarity of the presentation of Street Fighter V system has made it different from its previous versions.

Street Fighter V obviously disproves the excessively complex barriers even before a single punch is thrown, which was most crucial part of its predecessor Street Fighter 4. In this version the mechanics used in its fourth version have been changed to some extent with V-Skills, even though it can be activated in the same manner by pressing two buttons. The V system starts the utterly open form of the game where anything can happen anytime instead of using very specific routes to play through the bottle-necking creative environment.

Your character instantly starts performing a unique attack or special move on them just by tapping on both buttons for medium attack together without using a pad waggling or stick. Such things work as extremely powerful game changers to make this game different from its predecessors. For instance, though Zangief can absorb the damage like Focus in the old version, he can do so even while reversing the old problems of glacial grappler and advancing to get into the range of attack in the new. Similarly Chun-Li launches at odd angles into the air to throw them on her opponents whereas they were accustomed to her angles of usual jumping. The fireballs out of the air are grabbed and hurled back directly to the opponents by M. Bison. Ryu has the capability of evading and striking back safely as many times as he receives incoming hits.

Some people predict the Turbo wonder Edition of Street Fighter V as its super hyper ultra version but as of now there is no official information about when the expansion will be available. In its place, in the incremental updates of this game the additional characters will be dropped into the roaster and theoretically they will not be available to the players for playing. The cost of this game will be covered by the Fight Money, the in-game currency, earned by the players. But if you do not want to wait then you can also use real cash to finish the game as soon as possible.

Thus according to my Street Fighter V review, it is a fun filled and unique game and better than previous versions.